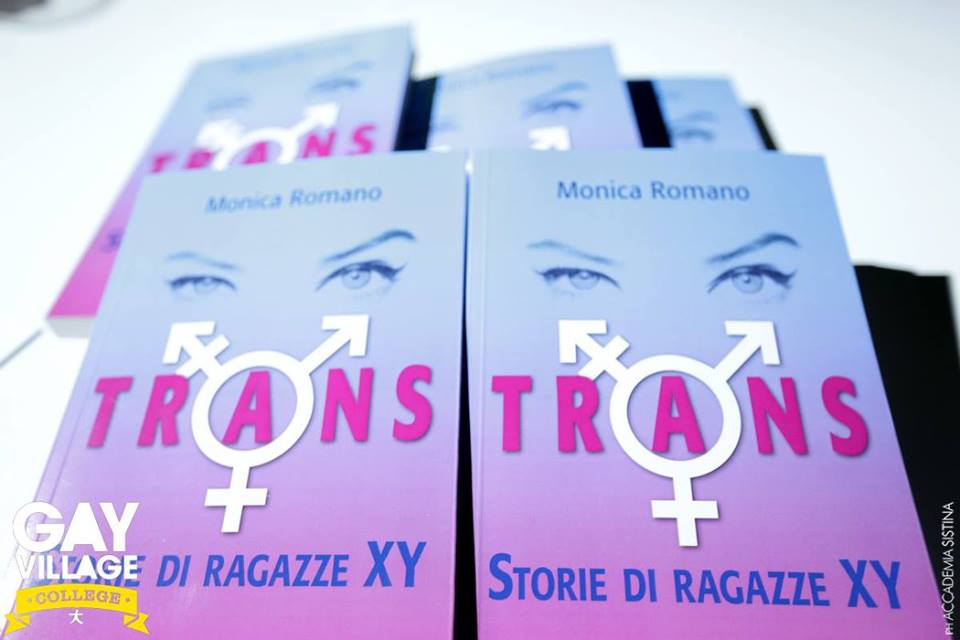 I’m a transgender woman, an activist for Italian LGBT rights and a writer. In 2015 my fictionalised autobiography “Trans. Storie di ragazze YX” was published by Ugo Mursia Editore in Italy, where it met with both popular and critical success.

My editor and I are now looking for an English translation.

“Are you male or female?” It was 1986 when Ilenia was first asked this question. At the time all she knew was that she wanted the freedom to be herself; but she spent her adolescence and early adulthood searching for the right answer. It was a troubled journey for someone who appeared, to society and conformist thinking, to have only one option, prostitution. But Ilenia did not give up; whilst being bullied, discriminated against and subjected to physical and verbal violence she graduated from university, found work and even love, for another woman. Many “XY girls” people face the same battles, suffer the same wounds and strive for the same goals as Ilenia; all young transsexuals want above all is to live a serene and authentic life; to live in a society where there is gender freedom, a society where all transgender people have full citizen rights.

“People of my age often ask me what planet I come from. There are males, females and me. Could I give

this answer? Not in the world I live in.”

“Bruised, battered and hurting, I had every reason to feel sorry for myself that summer; but I felt good and only years later did I understand why; for the first time in my life I’d found the strength to react, to hold my head high, to try to defend myself against those who wished to harm me.”

“(…) The silence and shame would not defeat me, diminishing me little by little every day. I could stop being hard on myself and go out with my head held high; I had discovered pride in myself.”

Reviews in the press

La Repubblica: “A touching and profound book […] Monica Romano guides us on her journey with elegance and simplicity.”

Huffington Post: “Monica Romano is an example of someone who has made it.”

Monica Romano is an activist for the LGBT movement. Her involvement began in 1999 with the association Arcitrans. She founded the association <<La Fenice>>  Transsexuals and Transgender Milan, of which she was president until 2009. In 2007 she graduated in political science with a thesis on the discrimination of transsexual people in the workplace. She is the author of Diurna The discrimination of transexuality (2008). She has contributed to two documents on the life of transgender people.