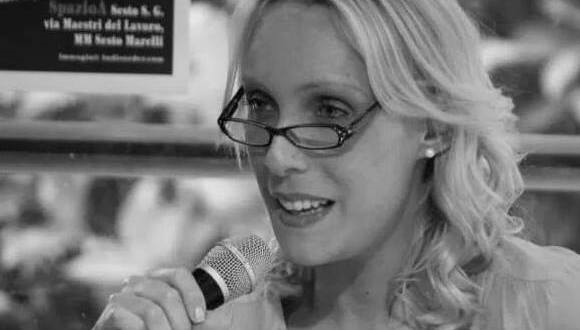 My name is Monica J. Romano. I’m a transgender woman.  I was born in 1979 and grew up in Milan. My family is of working class origin. My father is Sicilian and my mother is from La Spezia.

At the age of 19 I began what the Transgender Community calls “transition” my goal being “gender reassignment.” In high school, I had a particular interest in Classical Studies and, in 2007, I obtained a master’s degree in Political Science with a thesis concerning Transgender individuals and the discrimination which they face in gaining employment.

My first real contact with transgender activism began in 1999 with my participation in the activist group, ‘Arcitrans.’, founded by Deborah Lambillotte.

From 2003 to 2007, I was the coordinator of the Milan headquarters “Crisalide Azione Trans,” a non-profit organization.

In 2008, I founded the association “La Fenice- Transessuali e Transgender”, of which I was chairwoman until March 2009.

Currently, I am a board member of the “Harvey Milk Association” in Milan and supervise the Information Desk which handles all issues and concerns regarding gender identity.
Since September of 2015 I have been coordinator of the Coordinamento Arcobaleno (Rainbow Cooperation – Cooperation of Milan and Lombardy LGBT associations).

I wrote two books: “Diurna. La transessualità come oggetto di discriminazione” (Transsexuality as Object of Discrimination), published in May 2008 by ‘Costa e Nolan.’, and “Trans. Storie di ragazze XY” (Trans. Stories of XY girls), published in November 2016 by ‘Ugo Mursia’, a novel based on my own story which also includes other examples of freedom in gender expression.

After the publication of my books, I was interviewed by the press, and also spoke on radio and television. In addition, I gave many presentations at various conferences and roundtables concerning Transgender issues and topics.

I contributed to the creation of three documentaries about the Transgender and LGBT reality in Italy: “Crisalidi – Cinque storie di vita trans” (Chrysalises, Five Stories of Transgender Lives), “O sei uomo o sei donna, chiaro?” (Either you’re a man or a woman, OK?) and “Ci chiamano diversi” (They call us different).   The first was produced by Federico Tinelli, winner of the Novara Film Festival in 2005, and Tekfestival in 2006. The second was produced by Enrico Vanni, and entitled,. The third was produced by Vincenzo Monaco.

My political orientation is Social Democratic.
In 2016 I presented myself as a candidate for members of the City Counsil for the Milan Municipal elections to elect the Mayor, but I was not elected.

I am both atheist and anticlerical.

I love cats, Cinque Terre, and having long chats with real friends.